Crude oil prices were recovering in early Monday trading on expectations that OPEC+ would decide to cut output further when/if members meet in Vienna later this week. Expressing “deep disappointment,” IHS Markit announced it was cancelling its pivotal CERAWeek because of concerns about the coronavirus, which killed a top advisor to Iran’s supreme leader during the weekend. Workers in China, the ground-zero for the outbreak, may be slowly returning to work, but the spread of the virus has already left a lasting mark on the global economy. The Bank of Japan on Monday sought to reassure investors with pledges of ample liquidity, though it is structurally inevitable that the response to the coronavirus will be botched.

The International Monetary Fund in late February had already shaved 0.1% from global growth figures on expectations the travel restrictions used to contain the outbreak are lowering demand. Fears amplified last week as cases spread to the Americas, and doubts quickly emerged over Washington’s response to the virus. The price for Brent crude oil crashed some 13.6% last week to close at $50.52 per barrel.

“The Bank of Japan will closely monitor future developments, and will strive to provide ample liquidity and ensure stability in financial markets through appropriate market operations and asset purchases,” a Monday statement read.

That helped reassure Asian markets, with the Nikkei closing up about 1% from Friday’s close. OPEC chatter during the weekend suggested that Russia was on board with deeper production cuts, though President Putin was quick to note his budgetary policies made the current price point for oil feel just about right. The obligatory sources familiar with OPEC thinking on Monday said deeper cuts could come with or without support from the Kremlin, effectively unraveling a pact among the world’s leading oil producers to keep supply and demand in check. Elsewhere, central bank governors sought to emulate Japan with market assurances and traders may be pricing in deeper rate cuts. At issue, however, is the degree to which managers will go to arrest what is inevitably a temporary strain on demand. Fed rates are already at historic lows and OPEC planners need to consider the eventual return of 1 million barrels per day from Libya. Kremlin thinking may be spot on then as anything too drastic would cause future problems once demand returns to normal. The OECD, however, warned on Monday that the global economy is facing its biggest threat since the financial crisis of the middle aughts. With so much at stake then, it offers no respite to note that among the few guarantees in life is the notion that mistakes can and often do happen.

The notion of a “single dynamic” to explain patterns in the international system as put forward* by Charles F. Doran at Johns Hopkins was referenced in these pages on Friday. Doran theorizes that whether a state is economically developed or not, whether it can provide for its own security, whether it takes a regional or global posture to foreign policy, it is traversing a regular pattern of ascendance, maturation and decline relative to other players in the system. Drawing from historical and economic trends, Doran believes state behavior is determined by its position on that cycle. The most obvious case 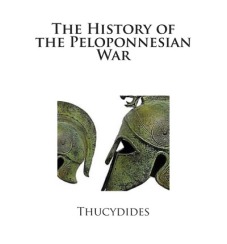 in point would be The History of The Peloponnesian War, where the rise in the power of Athens worried Sparta and eventually led to war. By Doran’s logic, both powers were at or near inflection points, with a matured Sparta concerned about its peak position. Athens, meanwhile, felt emboldened by success. It’s at these inflection points where state behavior is most radical. Doran observed that in “these existential moments, with the ingredients necessary for rational choice absent, strategy is flawed.” Like a driver approaching a blind curve at night, a state feels threatened by the uncertainty and is likely to over-react. Doran states that differential rates of economic growth underpin most approaches to explain this behavior, regardless of conservative, liberal or even Marxist leanings. Given that most major markets saw their worst performance since the Great Recession, it is reasonable to suggest we are at one of Doran’s inflection points. At these points, gone, Doran wrote, “are the familiar … policy anchors” for decision-makers. Structurally then, it is inevitable that mistakes will happen in the effort to right the market from the coronavirus blow.

Italian, French and German manufacturing indices on Monday came in below 50, the point separating growth from contraction. US manufacturing data are out at 10 a.m. ET and expectations are for a slight move closer to that pivotal 50 point. Price indices for the eurozone are published Tuesday. We’ll get a better look at pre-virus conditions on Wednesday when Italy publishes GDP figures for the fourth quarter. The Beige Book is out on Wednesday and watch for a build in US crude oil inventories as well. By the tail end of the week, the market focus will be on OPEC and expectations as of this writing are for a late Russian acquiescence to deeper cuts. Federal reserve chiefs are expected to comment on the current economic status late in the week. The week ends with a dump of Chinese data, from exports to foreign reserves. A red alert is in place for the week, with Brent moving by at least +/- 4%.

*Economics, Philosophy of History, and the “Single Dynamic” of Power Cycle Theory:Expectations, Competition, and Statecraft

One thought on “The Geopolitical Energy and Risk Monitoring Report”